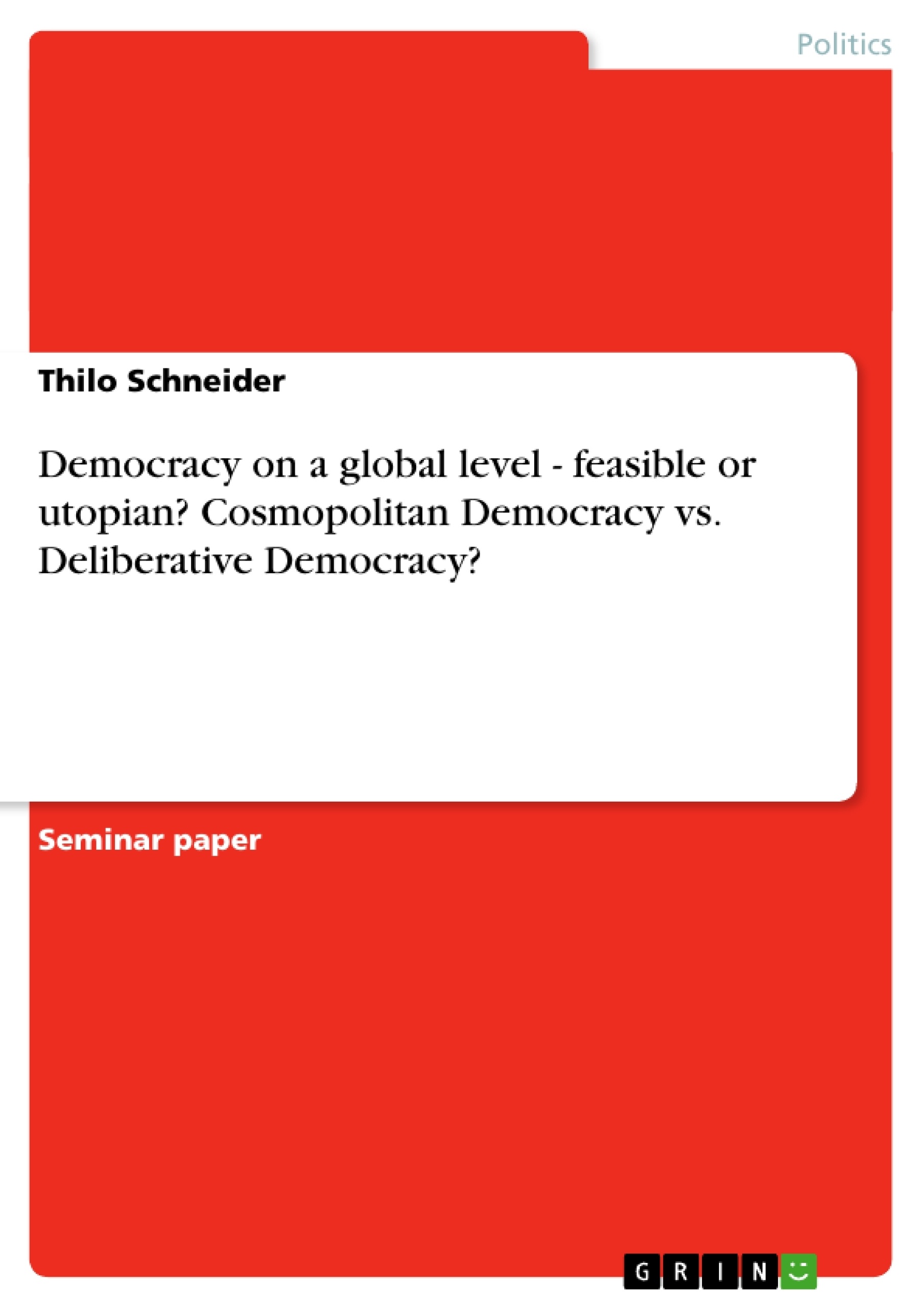 However, the prospect of increased localisation could thus create a greater parochial vision of society, therefore resulting in a democratic shift, but would not aide those wishing to pursue transnational governance. At this point, it could be argued that nations, potentially, could cease to exist.

The transfer of powers to local, and then international organisations, would leave the question as to what role the central state would play. Held lays out a long term proposal that would see a global parliament having the ability to raise finance on its own accord.

Areas, including the environment and terrorism would fall under such a category. In order to better conceptualise how a cosmopolitan world order would look and feel like, the case of the European Union can be brought in for consideration at this point.


The EU is a relatively unique body which encompasses twenty-seven states. The nature of the EU is numerous. It could be said to be a transnational organisation in the fact that as an organisation, it covers more than one sovereign territory. At the same time, it is also and intergovernmental body that has representation of the sovereign states under the Council of Ministers. Yet, whilst being a transnational grouping, it does not have the ultimate powers that individual states have to implement policy. Rather, such a step is a power that is left to member states.

The European Parliament contains a directly elected chamber, yet this, the only directly accountable European institution is not transnational — rather it operates within the current boundaries of the state. Indeed the Parliament is a form of governance as opposed to government. The Parliament has no power to form an executive, but does have the power to scrutinise and even dismiss the Commission — the true executive of the EU. When elections are held for the European Parliament, the results are based on individual voting within member states. In order for the EU to become a true cosmopolitan democracy, the emphasis from state based voting, towards European wide voting must occur.

The likelihood of this seems slim.

Sovereignty has been a key sticking point in recent years as the EU has developed. Issues of British opt-outs, Irish neutrality, and Danish referenda have caused headaches for those at the heart of the European project, and as such, further democratic change within the current model is likely to occur before any transnational voting would take place. Direct electability of the Parliament did not occur until , despite having been in existence in one form or another since the Treaty of Rome. Therefore, whilst the EU is the closest model to Cosmopolitan democracy, as it stands at present, it is not a perfect example.

Indeed, the reason for this is the imperfect form of democratic identification that voters have with the body. It is a transnational body in a strictly geographical sense. Politically, the EU is far off from being a cosmopolitan polity.

At the Limits of Political Possibility: The Cosmopolitan Democratic Project

This is down, primarily, to the fact that political participation does not cross borders. State sovereignty still plays a crucial part in the make up of the EU. Brussels has become the home of the EU, but not the capital of Europe. The issue of referendum across borders under transnational groups have numerous consequences. Could a previously sovereign state be outvoted in such a regional Parliament? If so, this could lead, not to greater political legitimacy, but rather a greater democratic deficit. Such deficits appear to occur when the number of individuals in a political grouping increases.

Music Neuroscience Philosophy Physical Sciences. Read More. Subscriber sign in. Forgot password? Don't have an account? The more this is the case, the more democratic a political system is. As argued above the binding should be effective and thus the demos should be influential, while respecting political equality.

Three clarifications are in place here: Firstly, while the working of effective egalitarian binding is linked to working institutions or mechanisms, the normative standard remains agnostic with respect to concrete procedures. Secondly, the formulation envisages a primarily representative or indirect rule of the people but does not exclude more direct implementations of democracy.

And thirdly, within dominantly indirect democratic political rule, the standard of effective egalitarian binding has to be complemented by three secondary normative standards, which are none the less necessary for democratic accountability. In democracies rulers have a more or less precisely defined mandate and democratic rule has an expiration date.

Obviously, in modern political systems the democratic nature of the polities has to be safeguarded by distinct agencies, but the normative standard should not be conflated with these institutions. In accordance to the second standard, mechanisms of horizontal accountability are necessary to stabilize the democratic character of political systems. And this biases the research in favour of the quality of democratic accountability in the EU. The introduction of the third standard should help to overcome this bias.

Maximizing publicity or public discourse on the framing of political processes. It is the overall publicity of political affairs, which decides about the effective potential to hold the political elite accountable in the vertical dimension.

For the purpose of this article I assume these four standards are an appropriate normative yardstick for democratic accountability. But obviously this assumption needs clarification, specification and not the least additional justification. The three most important considerations are:. Depending on the ideological background, liberal and egalitarian conceptions of democracy would ascribe somewhat different functions to democratic accountability, especially to horizontal mechanisms Bovens ff.

I assume but cannot discuss here that the problem is best resolved by a combination of all three methods. Hood ; Papadopoulos , a deeper discussion of normative conceptions of accountability is desirable, but beyond the scope of this article. And the more effective and egalitarian this binding is, the more democratic a political system is. This effectiveness or success is indicated by the realisation of four provisionally fixed normative standards, where egalitarian vertical accountability has normative priority. So EU research can learn from the diverse national experiences.

In this section it should be clarified how comparative research can contribute to the EU analysis. Bovens et al ff. Their main point: Today the EU is more democratically accountable than in earlier days. This result is despite serious deficits in operationalization not surprising, since EU institutions have promoted accountability only a decade ago. But the result is also of limited use value if the aim is to assess the democratic deficit or quality of the EU political system: Even improved accountability performance over time can be significantly below certain threshold levels of adequate accountability whatever that may be.

We know about the performance of certain institutions or institutional arrangements from the comparison of national political systems. One might search for similar institutions at the EU level and expect similar performances as in national arrangements. Maybe this problem is serious in comparison of national democracies as well, but for our purpose it should be clear, that there is no reference system whose accountability web should be mirrored by the EU.

So how should we compare the European political system? Not just the EU but also national political systems should be analysed as rather unique accountability webs, integrating many different mechanisms in more or less unique ways. And their democratic performances should be analysed against a common normative standard of democratic accountability. When solely looking at vertical accountability mechanisms as most comparative research does , elections seem to be the most important, for some authors this is the only instrument worth to be analysed Przeworski ; Hellwig and Samuels ; Schmitter and Karl Nevertheless, a second look reveals that there are multiple possible mechanisms of vertical accountability.

Their actual relevance within a political system can only be assessed empirically and might differ from one system to another. Pronounced differences can also be expected with respect to divergent kinds of national civil society involvement. More pluralist forms of associational involvement can be expected to have other accountability related credentials than civil society involvement in more corporatist regimes Lijphart chap. Marx Ferree et al.